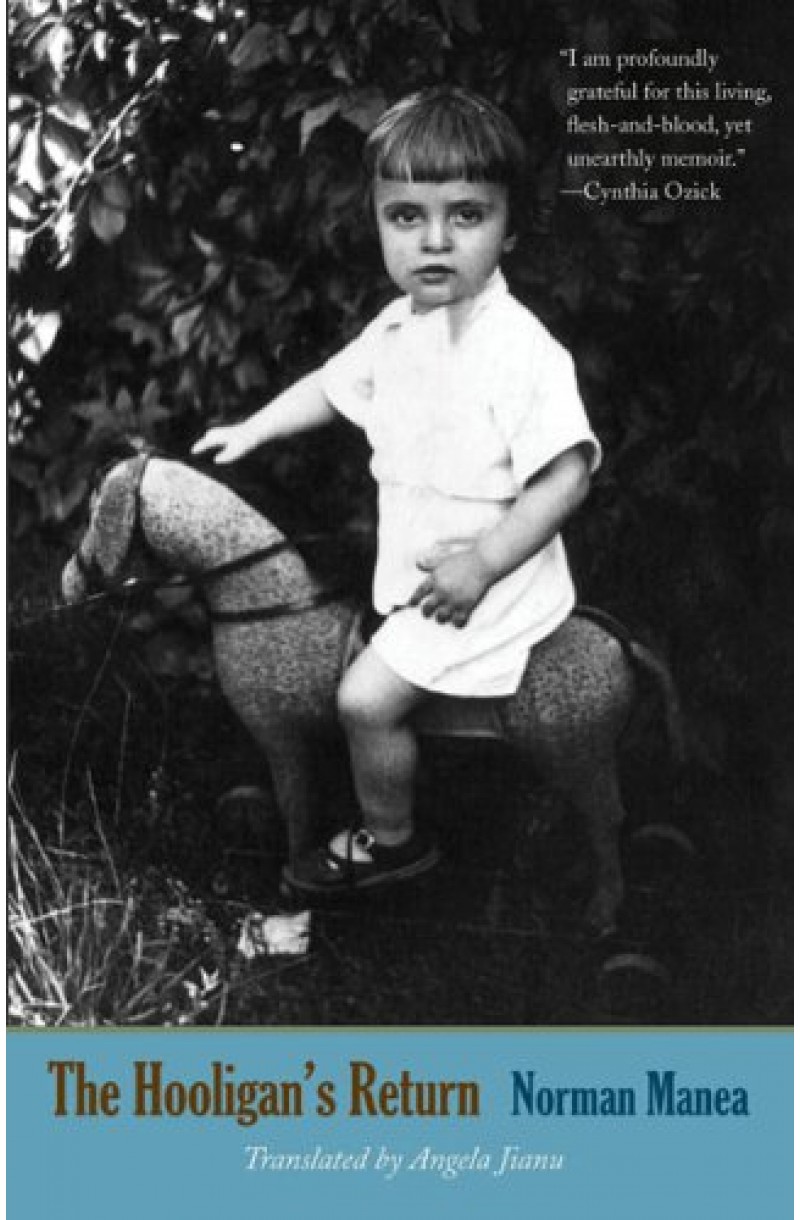 Romanian exile Norman Manea's internationally acclaimed memoir/novel, now available to English-language readers At the center of The Hooligan's Return is the author himself, always an outcast, on a bleak lifelong journey through Nazism and communism to exile in America. But while Norman Manea's book is in many ways a memoir, it is also a deeply imaginative work, traversing time and place, life and literature, dream and reality, past and present. Autobiographical events merge with historic elements, always connecting the individual with the collective destiny. Manea speaks of the bloodiest time of the twentieth century and of the emergence afterward of a global, competitive, and sometimes cynical modern society. Both a harrowing memoir and an ambitious epic project, The Hooligan's Return achieves a subtle internal harmony as anxiety evolves into a delicate irony and a burlesque fantasy. Beautifully written and brilliantly conceived, this is the work of a writer with an acute understanding of the vast human potential for both evil and kindness, obedience and integrity.

"A fascinating, beguiling record of the almost incredible events that can transpire in one life, especially if that life is lived in twentieth-century Eastern Europe. The Hooligan's Return operates on so many levels that finally it eludes all classifications and reveals itself as art."--Francine Prose

"The 'sad country, full of humour' that was, and still is, Romania has had no finer and percipient chronicler of its sorrows and absurdities. . . . He is one of an immensely humane and intelligent stature."--Paul Bailey, Times Literary Supplement-- (03/05/2004)

"It is that kaleidoscopic excursion into recent and remote yesterdays that forms the bulk of The Hooligan's Return, peopled with many touching moments and characters. All is recounted with the caustic dexterity and lyrical power we would expect from the accomplished novelist who gave us Compulsory Happiness and The Black Envelope."--Ariel Dorfman, The New York Times Book Review-- (09/21/2003)

"A distinguished writer whose vision of totalitarianism is closer to Kafka's cloudy menace, universal, and yet internalized, than to Orwell's brass tacks . . . the artistry of the implication, the intensity of what can seem a dream state, draws us imperceptibly through a half-lighted window for lack of the door."--Richard Eder, The New York Times-- (09/21/2003)

"This world of ours, in his view, is a place where the ridiculous reigns supreme over all human life and tortures everyone without respite, and therefore it cannot be ignored because it's not about to ignore any of us. . . . He has in mind all those, including himself, who were left to pay the fool in one of history's many traveling circuses."--Charles Simic, The New York Review of Books -- (10/23/2003)
Cuvinte cheie: manea norman