A Girl Made of Air (format mare) 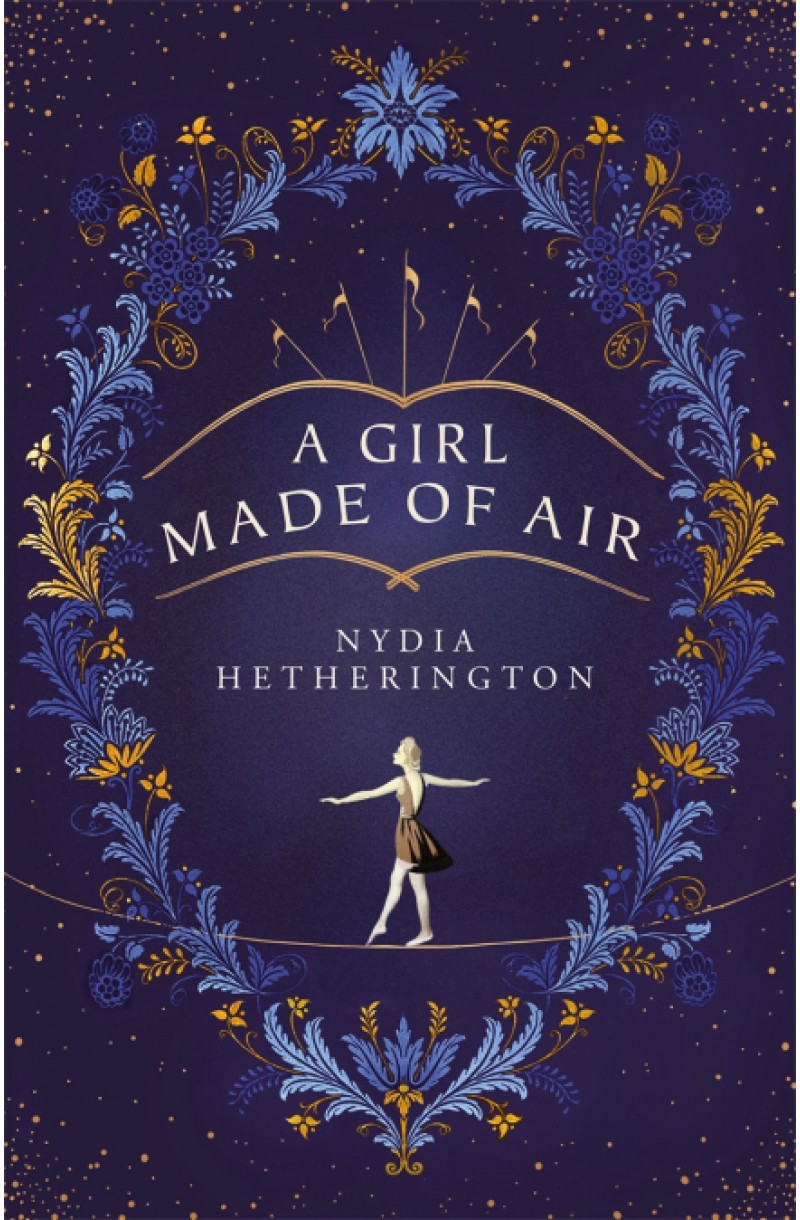 A lyrical and atmospheric homage to the strange and extraordinary, perfect for fans of Angela Carter and Erin Morgenstern.

This is the story of The Greatest Funambulist Who Ever Lived…

Born into a post-war circus family, our nameless star was unwanted and forgotten, abandoned in the shadows of the big top. Until the bright light of Serendipity Wilson threw her into focus.

Now an adult, haunted by an incident in which a child was lost from the circus, our narrator, a tightrope artiste, weaves together her spellbinding tales of circus legends, earthy magic and folklore, all in the hope of finding the child… But will her story be enough to bring the pair together again?

Beautiful and intoxicating, A Girl Made of Air brings the circus to life in all of its grime and glory; Marina, Manu, Serendipity Wilson, Fausto, Big Gen and Mouse will live long in the hearts of readers. As will this story of loss and reconciliation, of storytelling and truth.

Several fairy tales intertwined into one, this captivating novel tells the story of love and loss . . . A pacey and entirely enthralling read
Independent online

For fans of Erin Morgenstern's The Night Circus and The Binding by Bridget Collins, this magical debut from actress-turned-writer Nydia Hetherington is just the kind of book to curl up and escape to as the days get shorter
Huffington Post, Super Thursday round-up

An enchanting, lyrical and atmospheric tale that brings the circus to life
Publishing Post newsletter

An enchanting tale steeped in circus legend - a truly magical debut!
My Weekly

Fantasy, folklore and funambulism tread an impressive line in this richly imagined debut. Hetherington spins a kaleidoscopic patchwork of memory and magic, secrets and lies, ideal for fans of The Night Circus
Emma Stonex, author of THE LAMPLIGHTERS

A captivating tale of love and loss and finding connection in the most unexpected places
Nikki Marmery, author of ON WILDER SEAS

Hetherington tells her captivating tale from deep within the sequinned heart of the circus, with characters as darkly flawed as they are brilliantly talented. A Girl Made of Air is a poignant story of regret and redemption, brilliantly interlaced with magic and folklore
Sonia Velton, author of Blackberry & Wild Rose

Tells a story about stories in rich, lyrical magic realism . . . the language is elegant and beautiful and an atmospheric success in itself
Starburst

There's a glamour and grimness in this captivating novel . . . a vivid tale of regret and redemption
Psychologies

Be prepared to be dazzled by this debut novel . . . As strange and spectacular as the world it is set in, this narrative is lyrical storytelling at its most brutal and beautiful
My Weekly

This novel had me under its spell from start to finish, each page conjuring up such vivid imagery that I was utterly captivated. Breathtaking
Emma Cooper, author of IF I COULD SAY GOODBYE
Cuvinte cheie: nydia hetherington