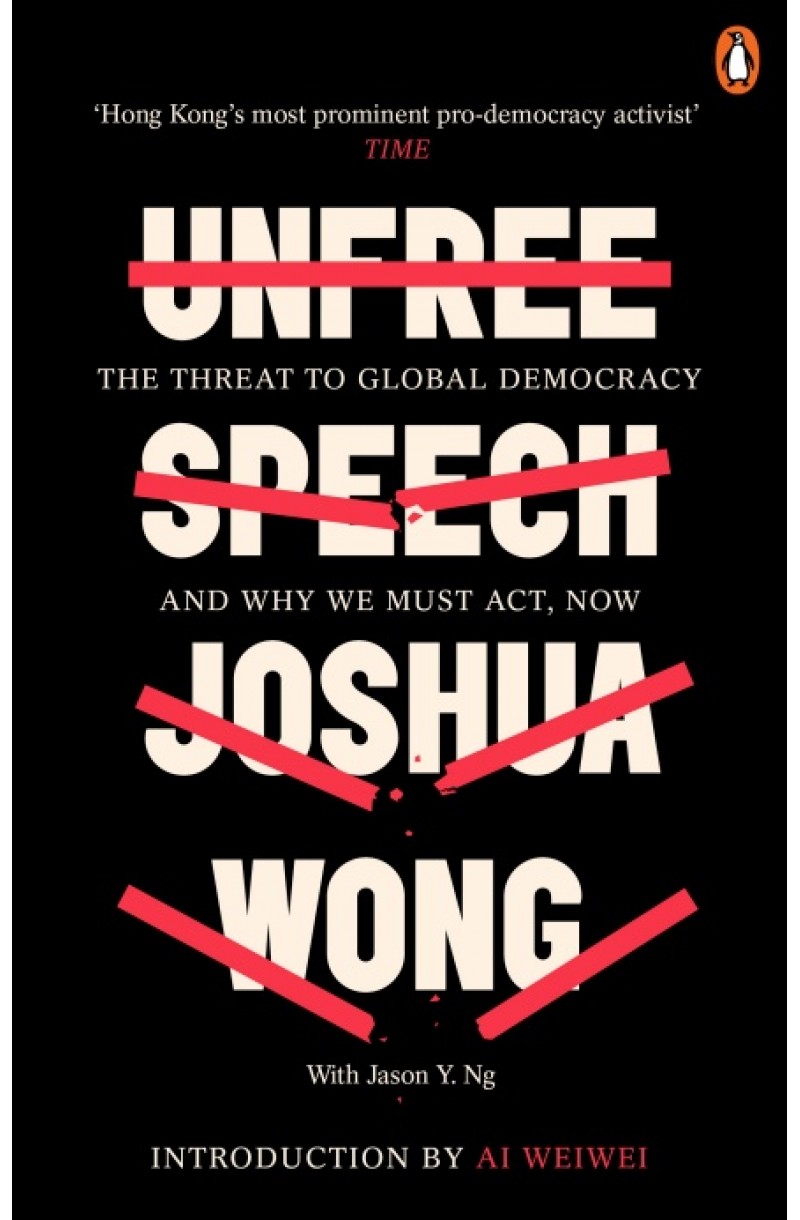 The Times and Observer Book of the Week

'Joshua Wong is a brave and inspiring young leader. Together we are one loud voice that cannot be silenced.' – Greta Thunberg

'[Wong's] tenacious dynamism shines through Unfree Speech: a guide to mobilising for democracy and representation in and far beyond Hong Kong.' – Julia Lovell, award-winning author of Maoism

'If we want freedom, we need to learn from Hong Kong. With values, tactics, and courage, Joshua Wong shows us the way.' – Timothy Snyder, bestselling author of On Tyranny

At what point do you stand up to power?

When he was 14, Joshua Wong made history. While the adults stayed silent, Joshua staged the first ever student protest in Hong Kong to oppose National Education – and won.

Since then, Joshua has led the Umbrella Movement, founded a political party, and rallied the international community around the anti-Extradition Bill protests, which have seen 2 million people – more than a quarter of the population – take to Hong Kong’s streets. His actions have sparked worldwide attention, earned him a Nobel Peace Prize nomination, and landed him in jail twice.

Composed in three parts, Unfree Speech chronicles Joshua’s path to activism, collects the letters he wrote as a political prisoner, and closes with a powerful and urgent call for all of us globally to defend our democratic values.

When we stay silent, no one is safe. When we free our speech, our voice becomes one.

Joshua Wong is a brave and inspiring young leader. Together we are one loud voice that cannot be silenced., Greta Thunberg, climate change activist and bestselling author of No One Is Too Small to Make a Difference

If we want freedom, we need to learn from Hong Kong. With values, tactics, and courage, Joshua Wong shows us the way., Timothy Snyder, historian and bestselling author of On Tyranny and The Road to Unfreedom

Joshua Wong represents a new generation of rebel. All they require and demand is a single value: freedom., Ai Weiwei, artist and activist

One of the most prominent political activists in the world ... a powerful insight into the turbulence on the city's streets that made world headlines, Rana Mitter, Sunday Times

A call to arms for the Snapchat generation ... This book is a memoir of an extraordinary decade in which Wong went from a nerdy obsession with Marvel comics to a Netflix documentary in which he was characterised as a superhero for democracy., Tim Adams, The Observer (Book of the Week)
Cuvinte cheie: wong joshua