Reimagining Capitalism: How Business Can Save the World (format mare) 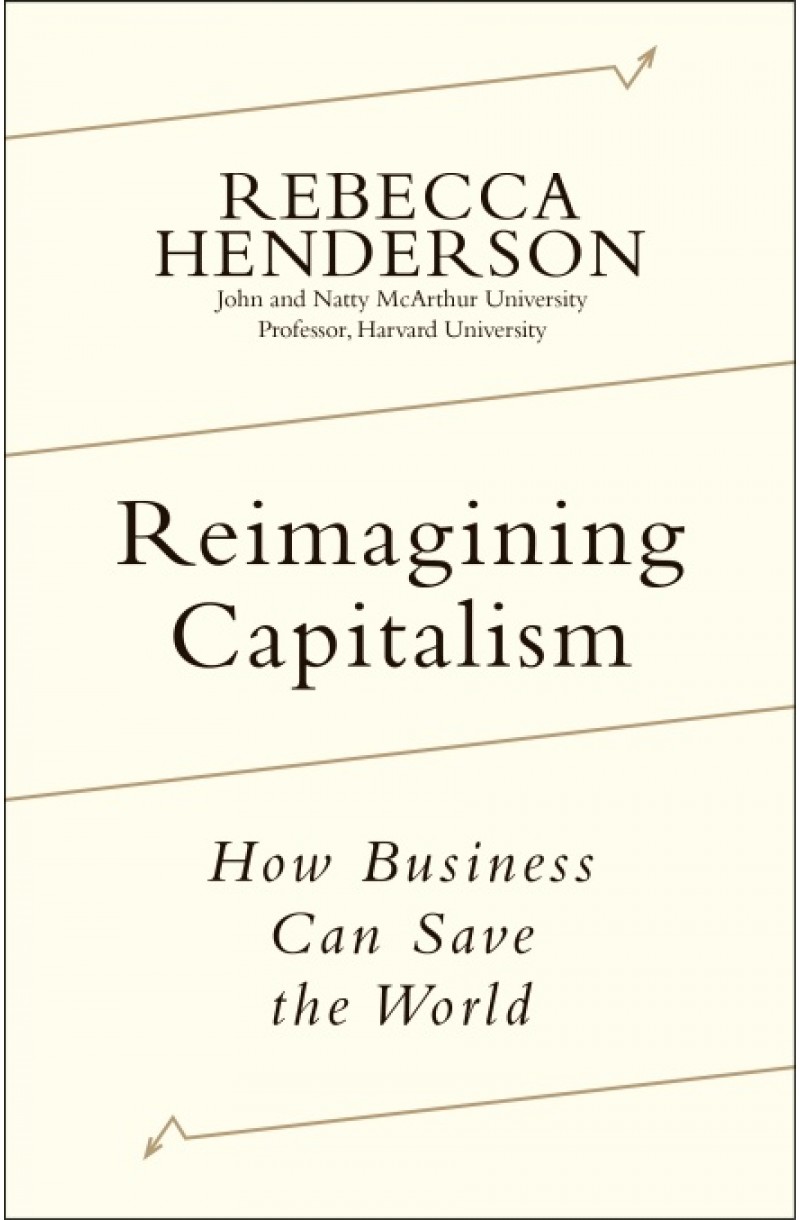 Free market capitalism is one of humanity's greatest inventions and the greatest source of prosperity the world has ever seen. At the same time, its single-minded pursuit of profit has led to rampant inequality and the looming threat of climate catastrophe - and now threatens to destroy the society on which it depends.

Rebecca Henderson, John and Natty McArthur University Professor at Harvard University, argues that business can simultaneously make a positive impact on the world by confronting the realities of our environmental crisis and the need to address social and economic inequality, while also delivering the sustained economic growth that brings prosperity and wellbeing to society as a whole.

Drawing on lessons from companies from around the world who are already making a positive difference, REIMAGINING CAPITALISM shows that this new approach is not only a moral imperative but also an extraordinary opportunity to drive growth and innovation in an increasingly competitive world. And, perhaps most critically, she suggests that it has the potential to balance the power of the market with the power of democratic, accountable government and strong civil society - the only long term solution to the problems that we face.


"This powerful and readable book is a clarion call for reimagining and remaking capitalism. We can have a more moral and more innovative capitalism. There is hope!" -Daron Acemoglu, coauthor of Why Nations Fail

"A must-read for every person with a stake in our economic system since change or die is the inescapable reality confronting capitalism." -Hiro Mizuno, executive managing director and chief investment officer, GPIF

"A smart, timely, and much-needed reimagining of what capitalism can be." -Yancey Strickler, cofounder and former CEO, Kickstarter, and author of This Could Be Our Future: A Manifesto for a More Generous World

This powerful and readable book is a clarion call for reimagining and remaking capitalism. The market economy, which used to generate rapid productivity growth and shared prosperity, has done much less of that over the last four decades. The shifting balance of power in favor of large companies and lobbies, the gutting of basic regulations, the increasing ability of corporations and the very rich to get their way in every domain of life, and the unwillingness of the government to step up to protect its weakest citizens are likely responsible for low productivity growth and ballooning inequality in the US economy. Rebecca Henderson argues that the market system can be reformed and this can be done without unduly harming corporations. We can have a more moral and more innovative capitalism. There is hope!, Daron Acemoglu, coauthor of Why Nations Fail

'If you are unsatisfied with today's economic arguments-which too often seem to present an unappealing choice between unbridled markets and old-school collectivism-you need to read Rebecca Henderson's Reimagining Capitalism in a World on Fire. Henderson offers a system that rewards initiative and respects the power of free enterprise, but that also recognizes that we have a higher purpose in life than pure profit maximization. This is a book for the realist with a heart', Arthur C. Brooks, president emeritus, American Enterprise Institute; professor of practice, Harvard Kennedy School; senior fellow, Harvard Business School; and author of Love Your Enemies

Rebecca Henderson is masterful in both elegant articulation of one of society's great challenges and clarity of vision in laying out a roadmap for practical and essential change. Reimagining Capitalism is a great read, full of insights, and a refreshing perspective that is new, practical, and ground-breaking, offering clear steps for transitioning to a capitalism that is both profitable as well as just and sustainable, Mindy Lubber, CEO and president, CERES

Rebecca Henderson is a provocative thinker on the purpose of business in society. In her new book, she advances the dialogue about the role of business in addressing the big social and environmental challenges of our time. Hers is an important voice in an essential conversation, Doug McMillon, president and chief executive officer, Walmart

In a world on fire, status quo is not a great option. Rebecca Henderson rightfully argues for a refoundation of business and capitalism and offers thought-provoking ideas on what needs to be done to address some of the world's greatest challenges, Hubert Joly, former chairman and CEO, Best Buy

A must-read for every person with a stake in our economic system since change or die is the inescapable reality confronting capitalism. The question is how. Rebecca Henderson provides investors and corporate executives with the thought leadership and compelling examples foundational for understanding how to deliver sustainable and inclusive economic growth, Hiro Mizuno, executive managing director and chief investment officer, GPIF

'Capitalism as we know it has gotten us this far, but to take the next steps forward as a society and species we need new ways of seeing and acting on our world. That's exactly what Rebecca Henderson's book helps us do. This is a smart, timely, and much-needed reimagining of what capitalism can be', Yancey Strickler, cofounder and former CEO, Kickstarter, and author of This Could Be Our Future: A Manifesto for a More Generous World

A breakthrough book, beautifully written, combining deep humanity, sharp intellect, and a thorough knowledge of business. It rigorously dismantles old arguments about why capitalism can't be transformed and will reach people who haven't yet connected with the need for deep change, Lindsay Levin, founding partner, Leaders’ Quest and Future Stewards

With great clarity and passion, Rebecca Henderson provides a stellar guide to building a purpose-driven organization, the surest path to success in a time of rising temperatures and declining trust, Andrew McAfee, author of More from Less and coauthor of The Second Machine Age and Machine, Platform, Crowd

Rebecca Henderson weaves together research and personal experience with clarity and vision, illustrating the potential for business to benefit both itself and society by leading on the most challenging issues of our day. Read, and feel hopeful, Judith Samuelson, vice president, the Aspen Institute
Cuvinte cheie: henderson rebecca