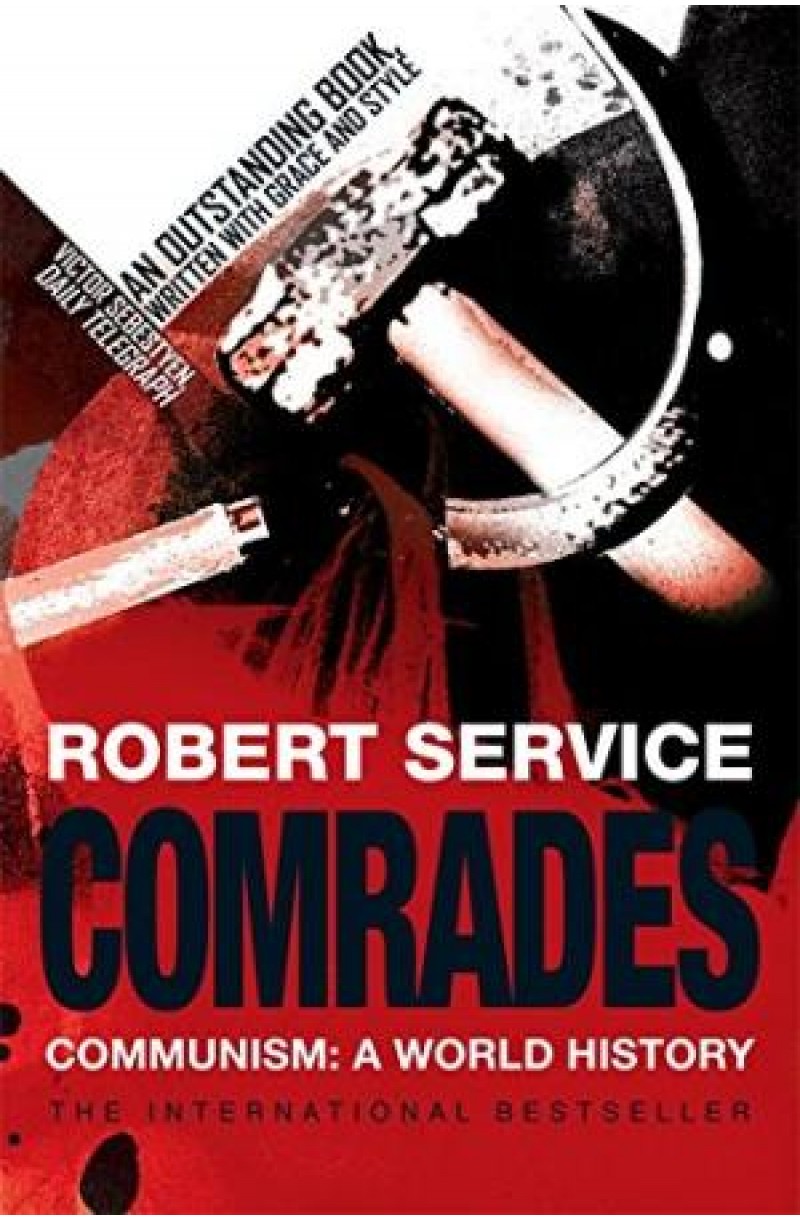 Almost two decades have passed since the collapse of communism in Eastern Europe and the USSR. Robert Service, one of our finest historians of modern Russia, sets out to examine the history of communism throughout the world. His uncomfortable conclusion - and an important message for the twenty-first century – is that although communism in its original form is now dead or dying, the poverty and injustice that enabled its rise are still dangerously alive. Unsettling, compellingly written and brilliantly argued, this is a superb work of history and one that demands to be read.

‘An outstanding book, written with grace and style’ Daily Telegraph

‘[A] brilliantly distilled world history of communism … Confronted by Service's amazing array of evidence to show that communism could only ever have flourished under conditions of extreme and all-pervasive oppression, only the determinedly softheaded would try to argue with him’ Craig Brown, Mail on Sunday

To the best of my knowledge, Robert Service's "Comrades!" is the first history of world communism. It includes every communist state, extinct and surviving, as well as major communist parties and movements around the world. It is a daunting undertaking that required mastery of vast amounts of source materials and the skill to make judicious choices among them...A rich repository of information and insight and should be required reading in institutions of higher education around the world. -- Paul Hollander "New York Sun" (06/27/2007)

The book succeeds in explaining what all the fuss was about, something that a whole generation that has grown up in the aftermath of communism's collapse needs to know. -- Lewis H. Siegelbaum "St. Petersburg Times" (06/08/2007)

The decency of communism's ideals and the horror of its effects form the basis of Robert Service's masterly handling of the beginning, progress and (all but) end of communism. Service sees the miseries and tyranny which communists fought against; and he allows credit where it is due, as when he writes of Castro's regime that 'the poor of the island benefited most from the revolution. Blacks in particular were helped by government efforts to improve conditions.' -- John Lloyd "Financial Times" (06/30/2007)

Robert Service's "Comrades" is a timely and ambitious book. Embroiled as we are with Islamic terrorism, the 20th-century struggle between world communism and western capitalism seems as remote now as the 1914 rivalries of kings and emperors must have seemed in 1945. But this was an equally desperate battle for ideas and power. Service strips away the illusions about communism that beguiled generations of admirers. From the moment in 1917 when Lenin forced the disparate revolutionary parties in Russia under his sway, communism became a system based on state terror and the dictatorship of elites in the name of the proletariat. -- Tim Gardam "The Observer" (05/13/2007)

Service has taken [on] a huge subject but he more than succeeds in doing it justice in this sparkling and thought-provoking narrative...[An] engrossing history. -- Richard Overy "Literary Review" (05/01/2007)

Service has read widely--using the extensive archives and poster collection of Stanford University's Hoover Institution to good effect--and he has organised his material in an analytical narrative that sweeps the reader along for 500 pages. -- Michael Burleigh "Sunday Telegraph" (05/06/2007)

In "Comrades!", Robert Service presents a lively and detailed account of the damage that was done in the name of "building socialism."..He lucidly explains how the Bolsheviks gradually imposed their will on an impoverished and often resentful populace. -- Michael Kazin "Democracy Journal" (06/01/2007)