Quichotte (Shortlisted for the Booker Prize 2019) 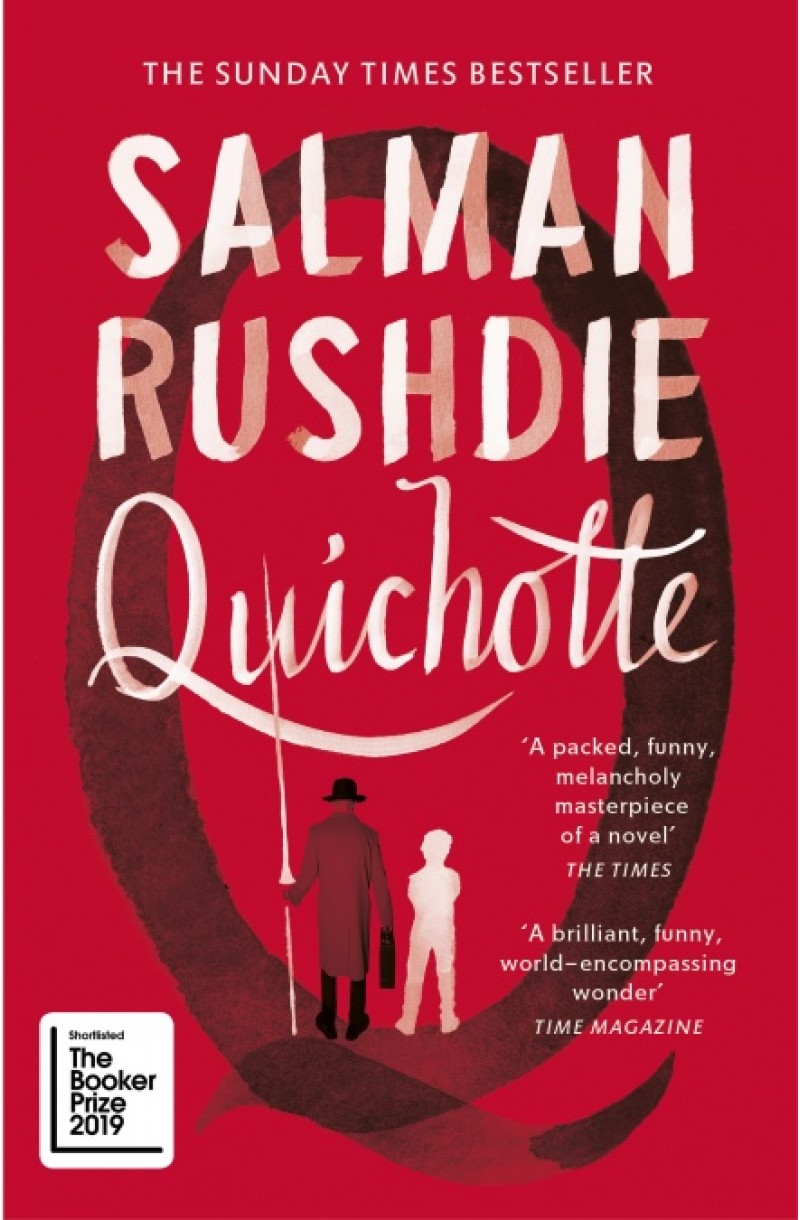 In a tour-de-force that is a modern masterpiece about the quest for love and family, Booker Prize-winning, internationally bestselling author Salman Rushdie has created a dazzling Don Quixote for the modern age.

Inspired by the Cervantes classic, Sam DuChamp, mediocre writer of spy thrillers, creates Quichotte, a courtly, addled salesman obsessed with television, who falls in impossible love with the TV star Salman R. Together with his (imaginary) son Sancho, Quichotte sets off on a picaresque quest across America to prove worthy of her hand, gallantly braving the tragicomic perils of an age where 'Anything-Can-Happen'. Meanwhile his creator, in a midlife crisis, has equally urgent challenges of his own.

Just as Cervantes wrote Don Quixote to satirise the culture of his time, Rushdie takes the reader on a wild ride through a country on the verge of moral and spiritual collapse, with the kind of storytelling magic that is the hallmark of his work. The fully realised lives of DuChamp and Quichotte intertwine in a profoundly human quest for love and a wickedly entertaining portrait of an age in which fact is so often indiscernible from fiction.


Rushdie is one of the greats of his generation… But it’s rare for a writer to produce their best work towards the end of their career… Quichotte is one of the cleverest, most enjoyable metafictional capers this side of postmodernism… This novel can fly, it can float, it’s anecdotal, effervescent, charming, and a jolly good story to boot… Encore! Encore!, Sunday Times

A brilliant, funny, world-encompassing wonder… His readers realize that they would happily follow Rushdie to the end of the world… a glimmer of hope, like an impossible dream, is left for us [in Quichotte]., Time Magazine

A triumphant assault on the coarsened American sensibility… [A] packed, funny, melancholy, masterpiece of a novel., The Times

A novel that is as sharp as a flick-knife and as clever as a barrel of monkeys... More than just another postmodern box of tricks, [Quichotte] is a novel that feeds the heart while it fills the mind., The Times

Rushdie’s fans will find much to love in this hyperactive, tenchicolour satire… Many balls are juggles here, but, somehow, Rushdie keeps them all gloriously in the air., Daily Mail
Cuvinte cheie: salman rushdie